Year 9 Trip to The National Gallery

A group of 26 Year 9 Language students were taken to The National Gallery as a reward for outstanding work on the French Impressionists.

On Friday 3rd December, a group of 26 Year 9 Language students were taken to The National Gallery as a reward for outstanding work on the French Impressionists. The students had produced PowerPoints, posters and even booklets about the lives and works of the artists so that they would appreciate the masterpieces all the more when they saw them.

The journey there took the students through Trafalgar Square where they saw the traditional Christmas tree from Norway as well as a Christmas Market.

Once in the gallery, the students were not only shown the work of the Impressionists, but along the way, they admired the works of such names as Stubbs, Da Vinci, Van Gogh, Botticelli and Turner. They were amazed at the age of some of the pieces, dating back over 500 years in some cases.

When they finally arrived in the room with the Impressionists’ works, they were delighted to see the actual paintings which they had written about. Their behaviour, as always, was impeccable and there was a hushed awe as they admired the paintings that the gallery had to offer. 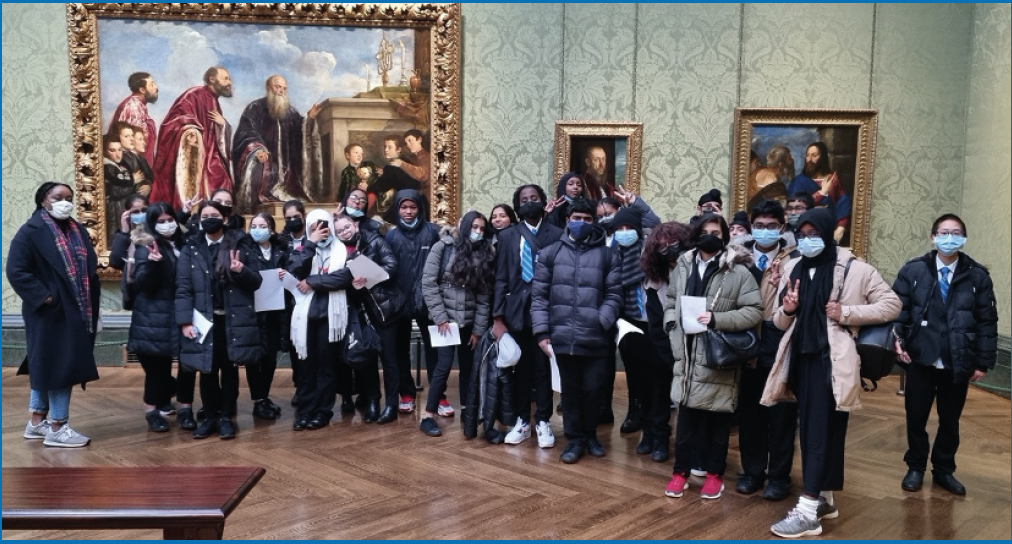 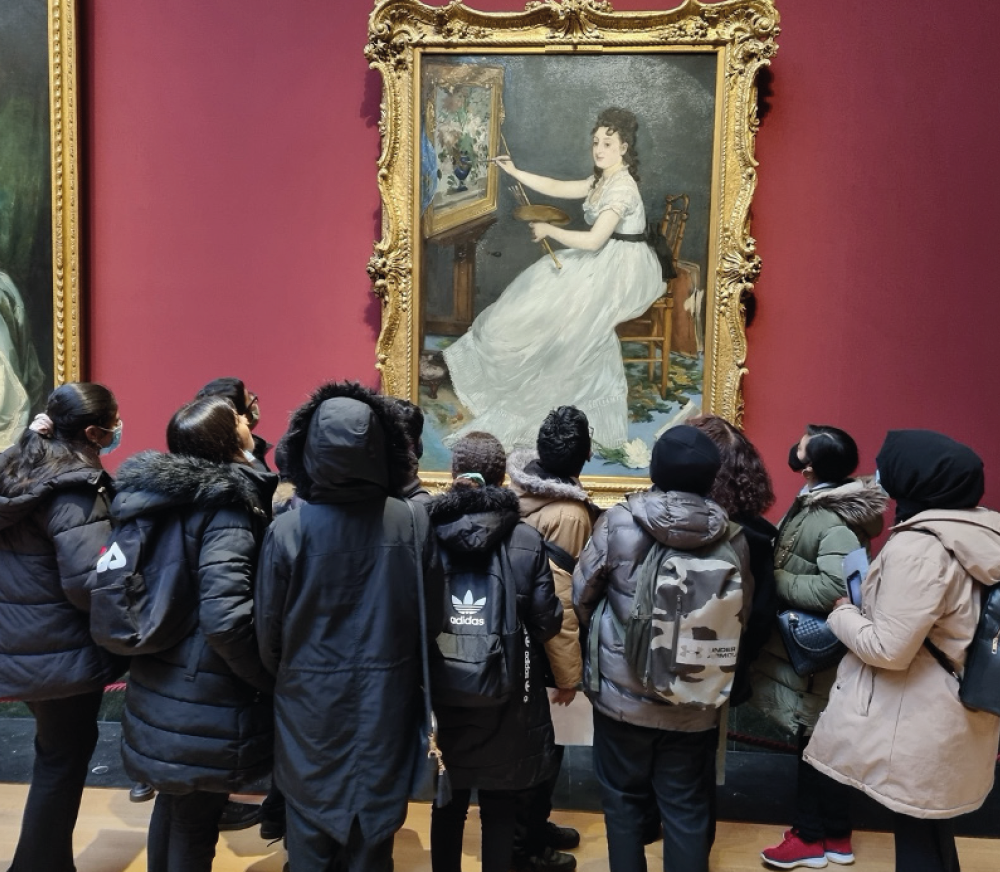